Relive the glory days of yesteryear. Watch free western TV shows and series on the web: 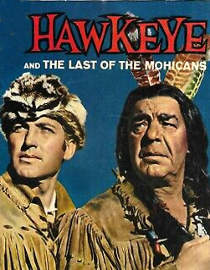 Western TV shows are an enduring symbol of Americana and many of the most popular Classic TV shows today are Westerns. During the 1950s and 1960s Westerns were a familiar site on television. Their popularity peaked in 1959 when 29 Western TV Shows aired during Primetime and eight of the top ten series were Westerns. The most popular Western TV shows from this period ran well into the 70s with Wagon Train (9 seasons), Death Valley Days (12 seasons), Bonanza (14 seasons) and Gunsmoke (20 seasons) becoming the longest running TV Western series ever made. By the mid-1960s however, the traditional TV Western had reached its saturation point and even fine western TV shows such as The Big Valley (1961-1965) with good writing and an excellent cast, (Barbara Stanwyck, Lee Majors, Linda Evans, Peter Breck) almost all of whom became huge stars in their own right, had a hard time carving their own niche.

Nonetheless, Westerns remained popular on television through the end of the 1970s. Newer shows ventured beyond the tried and true themes of cowboys & indians, ranchers, cattle towns and gunfighters. The Wild, Wild West (1965-1969) was one of the first of these with its story of secret service agents in the Old West. Alias Smith and Jones premiered in 1971 and followed the adventures of a pair of con artists. Kung Fu (1972 - 1975), a Western with a martial arts and mystical twist, followed the adventures of shaolin priest Caine (David Carradine) in the Old West. Little House on the Prairie, a family oriented Western, produced and directed by Bonanza star, Michael Landon, debuted in 1974 and ran for nine years until 1983. But with the exception of Little House on the Prairie, few of these latter day TV Westerns approached the level of success enjoyed by classic Westerns like Death Valley Days, Bonanza and Gunsmoke.

Although interest in Westerns waned in the 1980s and 1990s, Western TV series and made for television mini-series continued to be produced. The Young Riders (1989-1992) told the story of a group of riders on the Pony Express. It was noteworthy for its frequent guest stars which included some of the original stars from the classic Western TV of the 60s. But 1989's critically acclaimed Lonesome Dove is undoubtedly the best western ever made for television and arguably one of the best Westerns of all time. The six and a half hour mini-series, based on the Pulitzer prize winning novel of the same name, tells the story of two former Texas rangers who make a cattle drive from Texas to Montana. Lonesome Dove won seven Emmy awards as well as the Golden Globe award for Best Picture. Three follow-up movies were made, as well as a TV series: Lonesome Dove: The Series (1994), and Lonesome Dove: The Outlaw Years (1996).

At the dawn of the 21st century, almost a century after The Great Train Robbery (the first Western movie), Western TV remains alive and well. The critically acclaimed HBO western, Deadwood (2004-2006), raised eyebrows with its hard-talking realistic portrayal of life in the 1880s gold boomtown of Deadwood, South Dakota. Equally excellent, Hell on Wheels (2011-2016) tells the story of westward building of the transcontinental railroad through the eyes of a former Confederate Officer and slaveholder and a Yankee robber baron. Running for an impressive five seasons on the AMC cable channel, it must be considered the most successful TV Western of the modern Western era.