John Wayne is perhaps the best known Western actor of all time. Beginning in 1926, his acting career spanned over 50 years and he made well over 200 movies. His career culminated in 1970 when he won the Oscar for Best Actor for his role in the movie True Grit. Wayne also starred in many of the greatest westerns ever made, including: Stagecoach, The Searchers, Rio Bravo, Red River, and The Man Who Shot Liberty Valance. John Wayne is best known for his roles in Western films, but he also frequently played in war films such as The Longest Day, The Green Berets, and The Sands of Iwo Jima. So pull up a chair, settle back, enjoy yerself and watch John Wayne Westerns! 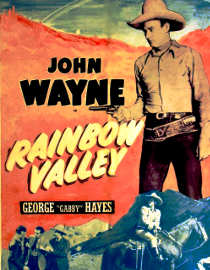